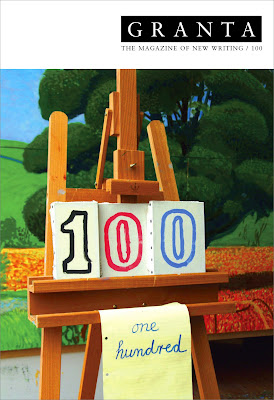 Buford then performed a clever trick. For Issue 7 he seized upon an initiative of the Book Marketing Council to promote the Best of Young British Novelists, and a whole new publishing gimmick was born. The list included Amis, McEwan, Julian Barnes, Kazuo Ishiguro and Pat Barker. This list was repeated a decade later in 1993 (Alan Hollinghurst, Hanif Kureishi and Esther Freud) and 2003 (Zadie Smith, Nicola Barker and David Mitchell), and worked for young American writers as well. To be on this first roster in 1983 promised a certain amount of attention, not least as it was the first Granta to be distributed by Penguin. Adam Mars-Jones, who holds the unique position of being on the list in 1983 and 1993 despite never producing a novel, believes it kept his literary ambitions alive. 'It certainly helped me stay marginally above freezing point,' he says. 'It extended your sell-by date.' But for all the noise surrounding the BOYBN list in 1983, it was the subsequent issues that defined new tastes. 'Dirty Realism' was a phrase that no American writer recognised until Buford invented it as another marketing ploy, grouping a previously unrelated group of writers - for issue 8 - under this meaningless title. Richard Ford recently acknowledged its importance in bringing him and other contributors - including Raymond Carver and Tobias Wolff - an eager new readership. The next issue, with John Berger and Gabriel Garcia Marquez, was hailed by the Guardian as 'a cause for congratulation,' and another cause followed a few months later - the first issue devoted to travel writing. This featured almost all the names we now regard as the masters of the genre, most of them in some absurd and compelling situation of their own making: Redmond O'Hanlon, Bruce Chatwin, James Fenton, Jonathan Raban, Martha Gellhorn, Paul Theroux and Norman Lewis. Buford regards this edition as the culmination of all he was striving for in the first three years. Or as he puts it: 'Finally I fucking did it.' What he did was shift Granta on to the axis we recognise today, as a home for long-form narrative non-fiction. The influence of the travel writing issue far exceeded its sales, which remained in the low thousands in the first few years, and only took off when Buford grasped the value of selling the magazine in the United States (although to some extent Granta's influence on both readers and writers has remained greater than its commercial success; it has always tended to sell to an influential literary elite, less snobbish than the maligned Hampstead set but perhaps no less self-contained). One mail-shot had an immediate impact. Those who received it remember an envelope with the words, 'Interested in a small magazine about writers and writing? Then throw away this envelope! Because Granta is a magazine that hates literature...'