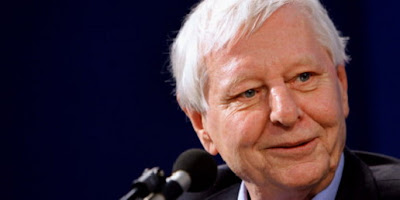 Hans Magnus Enzensberger, described by organizers as "one of German literature's most acclaimed contemporary writers and analysts," is set to receive the biennial cultural honour, worth 1 million kroner (about $200,000 Cdn) at a ceremony in Copenhagen in February. Enzensberger, 79, has previously been honoured with Spain's Prince of Asturias Award for the humanities and received a lifetime recognition award earlier this year from the trustees of Canada's Griffin Poetry Prize. "For him, Europe is neither a single unit nor a series of isolated units. In his Oh, Europe (Ach Europa ) he describes and dissects the cultures and customs of a number of European countries," organizers said in their citation. "The common thread [of the cultures and customs] proved to be their single-mindedness. Europe can therefore not be gathered together into a single state without damaging its soul, but can only live up to itself by [allowing] diversity to come to expression in the necessary and practical co-operation."